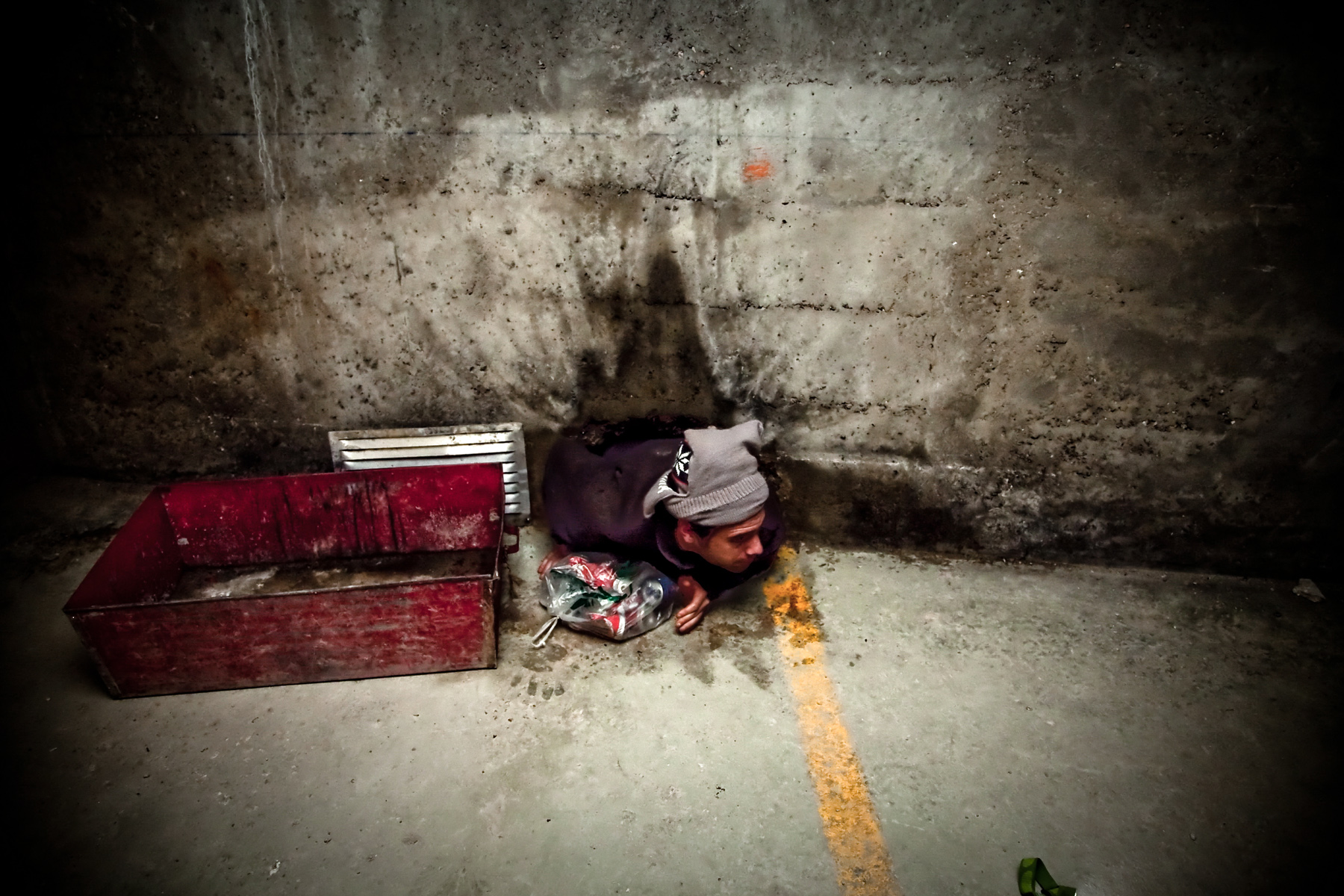 
RImage PARIS, FRANCE - APRIL 20: Parisian cataphile, "Kta Pop" exits the catacombes through a public parking lot after an evening of urban exploration underneath the 13th Arroundissement on April 20, 2010 in Paris, France. The parking lot in located eight floors underneath ground level in the center of the city. The catacombs (or les k'tas as they are known ) are vast networks of underground galleries, tunnels and crypts under the city of lights. Here, nearly eighty yards below the city's cobble stones, there are no lights, electricity or even sound. There are no living things, creatures or fantastic urban legends in the catacombs; however, it is estimated that a sheer 300 Parisians visit the catacombs weekly. Entering through secret entrances throughout the city and visiting the catacombs is illegal and considered trespassing, although it is somewhat tolerated by locals, and if caught penalized by a small fine. Entrance to the official catacombs is restricted. The portion of the catacombs open to the public is only a small part of an extensive network of underground tunnels, which spans more than 300km (about 186 miles) in length. Some passages can be low or narrow, or partially flooded. Because of these dangers, accessing the catacombs has been illegal since November 2, 1955. Secret entrances do however exist throughout Paris, where it is possible for cataphiles to enter the catacombs via the sewers, metro, and certain manholes. Cataphiles are in a sense a community since they share the same spaces and though divided in certain networks, or underground neighborhoods. Cataphiles may not necessarily pledge allegiance to the to the exact network they may actually live above in the city but may choose to visit repeatedly a network beneath a different neighborhood of the city. Rivalry and alliances between networks do exist, and "tourists", or non-cataphiles not always rarely welcome. (Photo by Kim Badawi/Reportage by Getty Images)