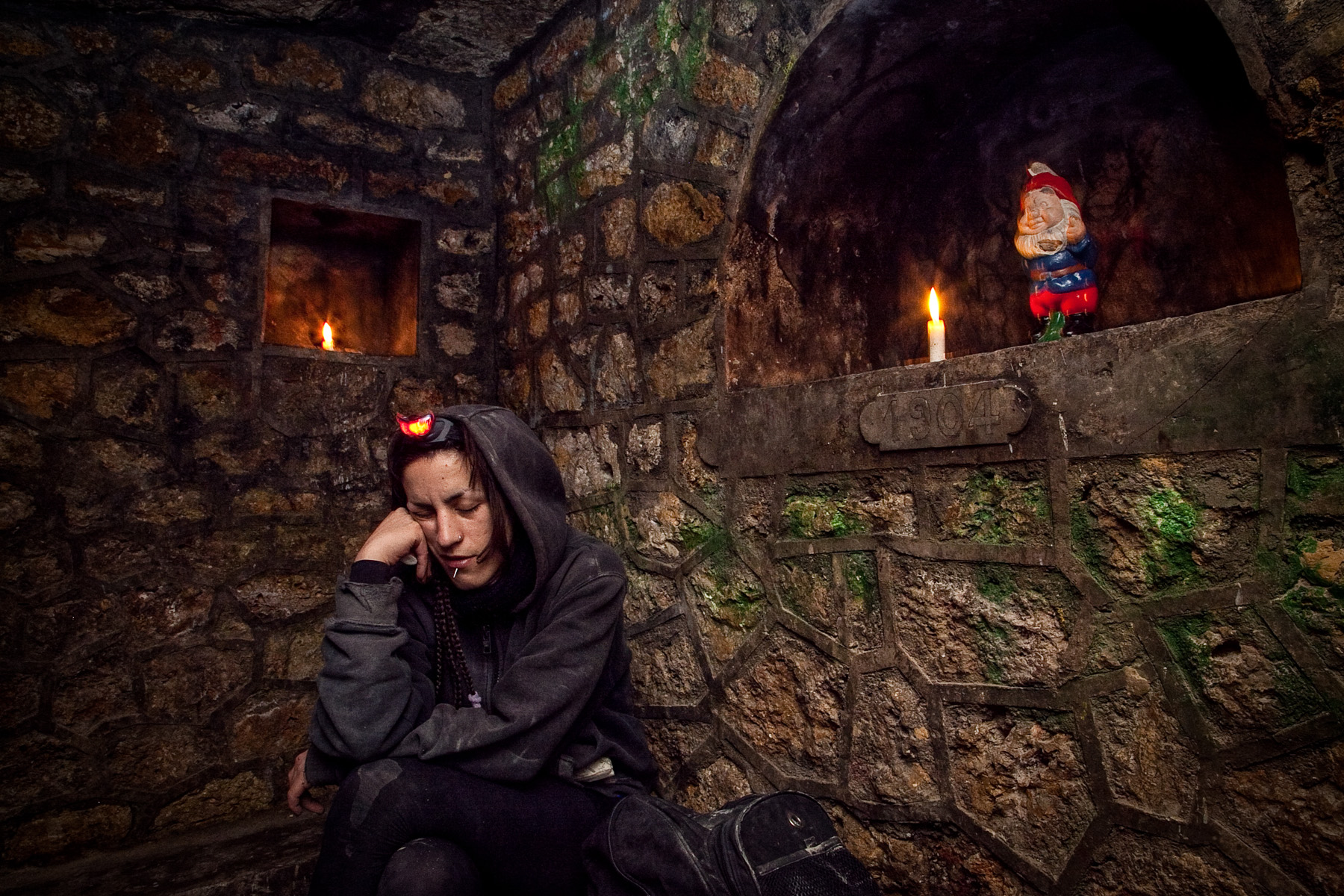 PARIS, FRANCE - APRIL 25 : Parisian cataphile, "Leo" goes on a evening of digging in the Catacombs underneath the 13th Arroundissement on April 25th, 2010 in Paris, France.